Mark Hall, the leader singer of Christian worship band Casting Crowns, announced on the band’s Facebook page that he has what doctors believe to be kidney cancer.

“Doctors found a solid mass in my right kidney about a week ago. They are 90% sure it’s cancer and they are going to remove the entire kidney next Wednesday, March 11th. They believe the cancer is contained in the kidney, which is also a great hope. They will know more once it is out and Pathology can see it.

“I’ll be in recovery for a month or a little longer because of the surgery. Please pray for healing and for God’s peace for my family.

He signed the post, “Praising Him in This Storm, Mark Hall.”

Immediately after the singer wrote the post, the hashtag #prayingforMark began trending on social media.

Christian Today reports that Henrie will portray London Busbee, the older brother of a boy who will do anything to end World War II and bring his father back home.

The actor said that he was moved to tears reading the script and knew he had to be in the movie.

The cast and crew all had different beliefs but Henrie says they were a positive influence in his life. 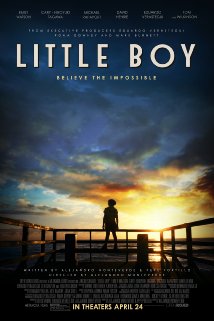 “They were instrumental in changing my life, helping me to find the greater good and awaken the little boy in my heart, and led me back to my faith, led me back to my beliefs, and it has completely changed my life,” he told Breathecast.

“I will forever be grateful for little boy because it was the film that saved my life.”

“Little Boy” was written by Alejandro Monteverde and produced by Mark Burnett and Roma Downey. It will hit theatres on April 24.

“Duck Dynasty” star Phil Robertson accepted the Andrew Breitbart Defender of the First Amendment Award at the Conservative Political Action Conference (CPAC) last week. In his acceptance speech, the Robertson family patriarch addressed U.S. politicians, urging them to turn their lives to Jesus in order to solve some of the world’s problems.

“Unless we get spiritual men in the White House to turn (the U.S.A.) around, we’re going to lose it. God help us.”

He continued, “For you potential candidates, I love you. To keep you out of trouble, keep the scandals down, let me give you a little word of advice. You carry two things with you wherever you go, in case one of you gets to be the president of the United States. Make sure you carry your Bible with you, and your woman.”

“You want a godly, biblical, medically safe option? One man, one woman, married for life.”

The speech quickly went viral and was met with a variety of praise and criticism from listeners.

A Christian children’s worker says she was unfairly dismissed from her job after she was allegedly fired for telling a lesbian co-worker that God does not approve of homosexuality.

According to Christian Today, Sarah Mbuyi was working for the Newpark Childcare in Shepherd’s Bush in London. She reportedly told a coworker in January 2014 that God doesn’t approve of homosexuality.

“When I said ‘No, God does not condone the practice of homosexuality, but does love you and says you should come to Him as you are’, she became emotional and went off to report me to my manager,” Mbuyi said.

Mbuyi was then dismissed for gross misconduct for breaching the equality policy of the workplace.

The Christian Legal Centre is arguing for Mbuyi and claiming that the Council of Europe recently passed a resolution to help protect Christian intolerance.

“Expression of faith is sometimes unduly limited by national legislation and policies which do not allow the accommodation of religious beliefs and practices,” the resolution says.

Mbuyi said: “It is obvious that we live in a climate where being Christ-like—following the Bible as much as we can—and being open and honest about that, is a problem now.”

Her legal representation added that there is a “culture of fear” with being a Christian.

“Sharing biblical truths out of genuine love for colleagues is being outlawed in the workplace by an oppressive ‘cultural correctness,’” said Andrea Minichiello Williams, of the Christian Legal Centre. “There is a culture of fear which shuts down freedom of speech and the expression of faith.”