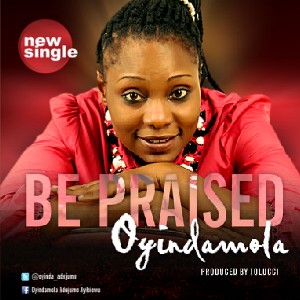 Oyindamola Adejumo the “Baba Mo Ohun Tio se” Crooner also known as the daughter of Comedy Pioneer ‘Moses Olaiya Adejumo’ AKA (Baba Sala) is back after a short break from the music scene to further her Doctoral Studies.
Oyindamola Adejumo bounces back on the scene, with this Heavy Praise Jam titled BE PRAISED.

In the last decade Oyindamola Adejumo has been busy ministering hope, deliverance, healing and salvation to people in different churches and countries through concerts, campus outreaches, and television programs and the Lord has always backed her ministry with testimony. 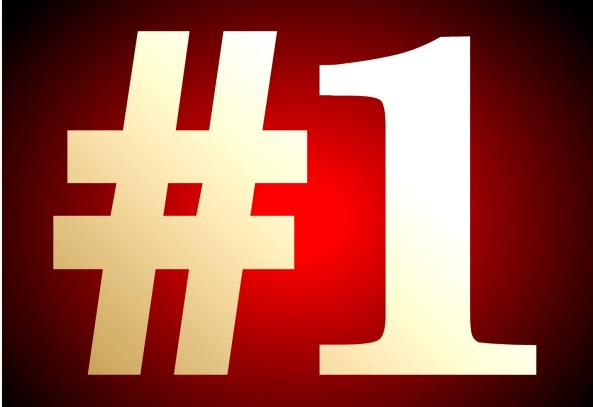 So you have a gift….

You want people to know you have it and that you can do the things you do better than others, right?

You want to be seen as the best amongst your contemporaries?
You sure will have to think again….

Even as you have that urge to be known as the number one or the best, it is far better to be named amongst the greatest.

This post will help point you to Godly wisdom to greatness…

No matter your calling or profession, you just might have that feeling of wanting to be seen as superior amongst others. For some, it is just a tinkling feeling that comes and goes….for others, it is a reality that has consumed them and made them obsessed with wanting to be seen as better than others.

Now, have you seen people called to ministry -gospel artistes, dancers, bloggers, and even pastors- claim to be the best amongst their colleagues?  Are they doing the right thing by putting such claims up? How about doctors? Lawyers? Businessmen, etc?

Do these reek more of pride and boastfulness which God abhors or is it okay to say we are better than our fellow ‘messengers’, servants  of our Lord OR others created by God ?

This is an issue that has been on my mind for quite some time now.

As I let it run through my mind from time to time, I looked forward to having divine wisdom  resolve its spin circle once and for all.

You see, many people have become so used to wanting status and positions that will make them look better than their contemporaries. Right from primary school, people are made to jostle for prime positions in a bid to show how clearly above their contemporaries that they are. For example, your parents will tell you to ensure you find yourself in the 1st to 3rd positions in your class and will support that by giving you a few perks and freebies whenever you get a position close to the 1st or when you are first in class.

As much as this crave for position helps children sit up and prepare well for their examinations, it is obvious that it has affected oh-so-many people negatively.

So many people have grown up with the mentality that they always have to be the leader of the pack, ahead and better than others.

This has brought about a deep seethed pride within them that makes them covet and go for the ‘best amongst the rest’ description and that makes them to always want to seem better than others, even to the point of acclaiming so by themselves.

Yes, I know we ought to say what we want to become until we become it BUT if all you want to become is to be ‘better than others’ then you do have a lot to come to truth with.

God didn’t create you and give you abilities to be better than others. That high level of gifting you have is not to make you start thinking, acting and claiming that you are better than others. All you have been given is to help better the life of others, including that of your colleagues and contemporaries.

Can we be honest here? Pride lurks in your heart. Insecurity also lurks somewhere around there too. That pride has already made you burn bridges that would have helped you do what you do better or help some other person do better.

Does God call you to a place of pride in your calling or does he require that you serve with a humble heart more and more rather than with a boastful tag line?
We ought not to want to be better than others, rather, we ought to count others better than ourselves.
How do we back this up? Let’s see what scripture says:

Do nothing out of selfish ambition or vain conceit, but in humility consider others better than yourselves. Each of you should look not only to your own interests, but also to the interests of others. – Philippians 2:3-4 (NIV)

Does the above passage make this clear to us? Yes, it does. We really ought not to try to build on selfish ambitions that we think will place us above others…We ought to rather count ourselves less than others and look out for their interests.

And hey, don’t worry…That won’t make you lose your self-worth. Humbling yourself and serving others does not in any way make you lesser than them. It is in that humility that God Almighty lifts us up. But when we continually worry and want to be better than others or at least have one feature that makes us look or seem better than them, then we miss it all.

I remember when I started blogging….I used a tagline that said we were your #1 gospel blog for music/video downloads, etc. In my spiritual immaturity, I saw nothing wrong with it until God’s Spirit let me know we had to take it off.

You see, I put that tag line up when I didn’t know that there were a few other gospel blogs then – we didn’t really have much then. When I met a few other gospel bloggers, I was glad we weren’t alone. There was no point keeping that tag line. Trying to undermine the work of others and make our own look superior with a tag line that says so was something I did not want to continue in.

By saying that you are better than the others, do you thus condemn that which God called them to do? Do you thus want only you to be recognized and their ministries or effort to become irrelevant?

Guess what? When God’s Spirit instructs and you obey, you surely experience growth.
Obeying God and doing as His Spirit leads make us mature in Him.

God doesn’t want us to count ourselves as ‘better’ than others. God doesn’t want us to think ourselves high and make others sort of worship us just because we feel the gift He gave us is superior than the ones they have so we try to use it to show that superiority, forgetting that the whole essence of life is not to show superiority but to serve humankind as God intends and show compassion for our fellow humans.
How To Be The Greatest….

Still thinking of ways to be better than your contemporaries? Still wanna clearly be the best artiste, blogger, pastor, businessman, lawyer, etc amongst others? Still wanna be the greatest amongst them all?
Here’s what to do….

Count yourself as the least. Serve others.

Did you get it? If you didn’t get it from the whole passage, at least the underlined sentence says it all. However, to get the little child part clearer, below is another verse that helps us in this regard:

The word lowly position is referred to as ‘humility’ in other versions of the bible. So, Christ clearly let’s us know that what you need to be the greatest amongst others is humility.
Thus, being the best and all that is not in declaring it or trying to enforce it…it is in being able to humble yourself, count others better than yourself and serve them.
That is how God measures greatness.
Indeed, it is a great sight to behold a very gifted man who is not filled with pride because of his gift but is humble and counts others better than himself while he diligently serves them.

Growth in God is vertical, not horizontal. Vertical entails that you look up to Him and grow up in Him. Horizontal involves looking at people and trying to grow larger than them. You end up stunted cos you don’t grow up. You grow wide. Growing wide can be akin to obesity. Obesity has more downsides than highs and makes you susceptible to diseases and chronic ailments. Spiritual obesity is worse.

And as I end this post, I’ll leave you with this adaptation of a quote I got from Freke Umoh.

‘In MINISTRY, we do not compete with each other, we COMPLETE one another’

Flush away the spirit of competition and take out any desire to look better than others.

Philip Asuquo is called to edify the Body of Christ. He is an admin of GOSPELCITYNAIJA.COM and believes in providing positive media content that will bring mankind to God and help reduce the spate of ills in the society. He experienced the saving Grace of Christ and is passionate about sharing God’s wisdom as given to him through the Holy Spirit and this he calls his greatest preoccupation on earth.

He is also a strategy Consultant and an ambassador for THE RELIEF ARK [ a humanitarian effort that provides support for flood victims and underprivileged persons] amongst others.

Worship Leader Ada Unigwe debuts on the gospel music scene with a single off her recently concluded album “El Rise”. Ada’s Album also titled “El Rise” is available, it is an 8 tracks Album with a wide variety of songs