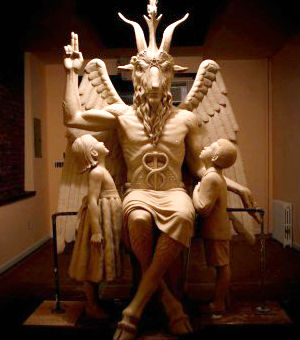 The Satanic Temple in Detroit has unveiled a one-ton bronze tribute to Satan.  The statue depicts a person with a goat’s head, horns, and wings.  The image is flanked by statues of a young girl and boy gazing up at the creature in adoration.

However, the Satanic Temple says it doesn’t believe in Satan.  The group views the devil as “a literary figure, not a deity—he stands for rationality, for skepticism, for speaking truth to power.”

So Satanists stand for rationality and truth?

New York Times columnist Ross Douthat explains why Planned Parenthood apologists have avoided commenting on the actual content in recently-released videos: “Because dwelling on that content gets you uncomfortably close to . . . that moment when you start pondering the possibility that an institution at the heart of respectable liberal society is dedicated to a practice that deserves to be called barbarism.”  Abortion supporters will continue to focus on women’s rights while ignoring “human beings that the nice, idealistic medical personnel at Planned Parenthood have spent their careers crushing, evacuating, and carving up for parts.”

How did our culture get so far from truth?

Evangelical scholar Os Guinness notes that recent decades have witnessed an astonishing rise in consumer choices, a phenomenon he calls the McDonaldization of our culture.  I remember when TV had three channels and we went on vacation to see our grandparents because that was all our family could afford.  Today’s consumer is immersed in choices—what to wear, to buy, to see, to do.  Our very lives seem to be the product of our choices. 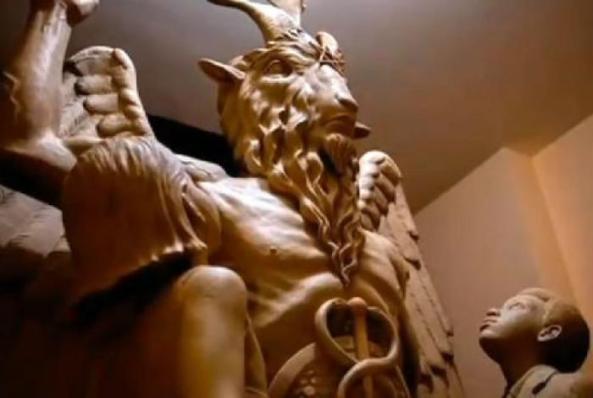 Here’s where Christians must beware.  You and I live in the same consumer culture.  Our lives are equally constituted by our choices, or so we think.  We may believe that we make better choices than others.  But we can be just as deceived into thinking that we are what we decide to be.

Over the weekend I read Brennan Manning’s classic Abba’s Child.  Manning defines our core identity as the fact that we are loved infinitely and passionately by the God who is our “Abba,” “Daddy.”  To accept this identity, we must reject all others.  We must admit that we are nothing without God and that our choices cannot change this fact.

Reality is ultimately not what you choose, but what your Creator has chosen.  He has chosen to like you, to love you, to die for you, to rise for you, to prepare your place in paradise, to walk beside you and in you right now.  He longs for you to see yourself as he sees you—the child of your Abba.

“See what kind of love the Father has given to us, that we should be called children of God; and so we are” (1 John 3:1).

Prolific and gifted artiste, Shola King is a guitarist, song writer, musicologist, music instructor, performer and a trainer who Loves God and has a deep passion for music and a lot of respect for humanity.

Shola recently concluded the production of his latest music project and album titled ‘APPRECIATION’ containing 6 hit tracks. The album which is enjoying massive airplay on radio stations right now is produced by three of the most expensive and experienced Lagos and International gospel based producers whose names are Wole Oni, Sammyoung and Temitayo Samuel.

The mega praise pioneer is out now with a DOPE video to accompany the audio titled ‘APPRECIATION.’ You can’t get tired of watching this dope Gospel video over and over again. 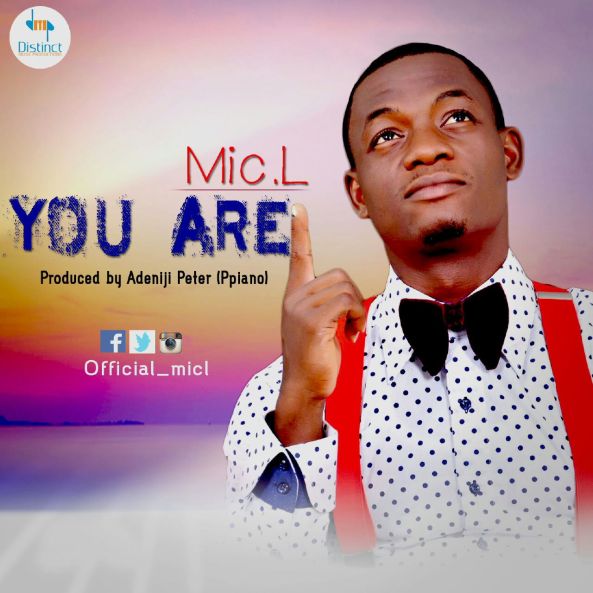 “YOU ARE” is a song born out of passion for who Christ is. According to Mic.L, “The song came out as a freestyle during my meditation period.
God is all to us. He calls himself I AM THAT I AM.

He couldn’t qualify himself with words from MEN!!… Just as He can’t qualify Himself with
names. I tagged /titled the song …. YOU ARE …..” A worship song with hearty rhythm.

The rhythm of the song is out of the normal known gospel music rhythm around. Produced by one of the best Producers Adeniji Peter (Ppiano) CEO of Distinct Music Productions…

It’s no news to us all that Psalmos is set to drop her new album but what we are getting to know now is that Psalmos has unveiled the album art and tracklist to her new album Emmanuel which drops today. The album which features the likes of Eben, Ko’re, BJ Sax, Oniyo, Pelumi songs, Kelechi, Label and Mide. 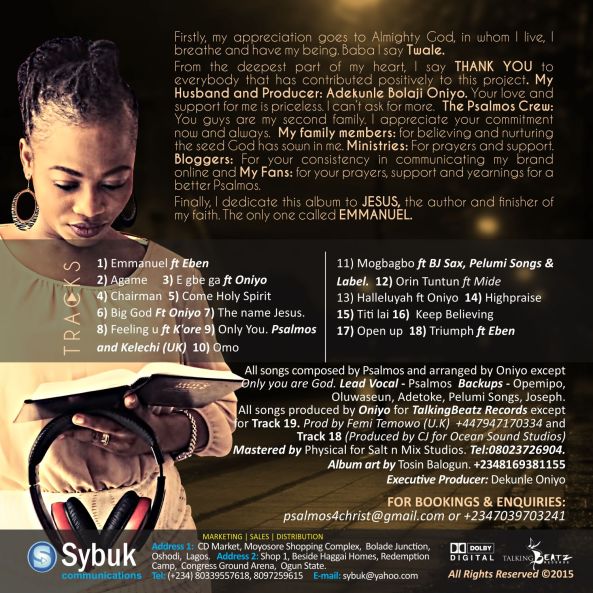 As a prelude to the release of her sixth studio album in November, renowned International Gospel Recording Artist and Europe’s leading lady of Gospel music, Isabella, is treating Gospel music lovers to a taste of her power packed contemporary worship album by releasing the official video to “Jesus Is Here”.

The release of Isabella’s latest video comes with a surprise announcement of her signing to the reputable UK based artist agency, Roy Francis Productions which specialises in artiste development by working with artistes who show real talent, have a strong social media presence and are willing to work in new and creative ways to achieve success in a niche digital market-place. RFP partners with Lone Oak Entertainment, one of the leading gospel music agencies in the United States with a roster of top gospel artistes including, Marvin Sapp, VaShawn Mitchell, Williams McDowell, Martha Munizzi, Kurt Carr & the Kurt Car singers, J Moss and Jonathan Butler among others. RFP also works with other leading UK Gospel artists like Muyiwa, Lurine Cato and more.

The acclaimed BEFFTA & AGMA multi-award winning UK-based Psalmist, who has also won Best Female Artist in Diaspora for three years in a row, is one of the most highly demanded African music ministers with wings spread far beyond the UK shores. Her passion for God and the Gospel oozes through everything she does, and she expresses excitement at these latest developments.

Highly respected for her prolific songwriting skills, Isabella does not disappoint with the impressive sights and sounds of Jesus Is Here. Shot in the beautiful English countryside of  Oxfordshire with its luscious greeneries and luxurious stately homes, Jesus Is Here is simply a “statement of reality” for Isabella. Jesus Is Here was produced by the MOBO Awarding winning Evans Ogboi and the epic video was directed by the legendary Uvi Orogun aka The Video Man!

Today, we celebrate the life of a young role model, a man of honor. A charismatic singer who has influenced the lives of people, by building their capacity to influence their world with his songs, Ay4God is a year old today.

Fast and rising gospel singer, songwriter, Ay4God, will be celebrating his birthday today with another prophetic single titled “IN THE CITY” featuring Gift, a song that call to us all to re-position our lives in the right direction having in mind that we’ll account for how we lived our lives

Singer/Songwriter and Performing artiste Chris Rio releases a new electro pop single featuring Skweird The Producer. This is the Lead single of the singer’s Unveiled EP to be unwrapped on iTunes on the 8th of August, 2015.

This is an out-of-the-box piece you will love. Listen Up and Enjoy!

Another sweet, uplifting and inspiring Reggae tune from Mistarpush comes our way, with a timely message just for you.

No matter what you are facing, you can look beyond the problem and see the testimony. Do not look at the circumstances surrounding you right now, let God be your focus, keep pushing and don’t stop until something happens. The victory will surely be yours. It’s not over until YOU say so.

All you got to do is HOLD ON and TRUST GOD!

Kenny K’ore has, this time, teamed with Countrysyde’s ace producer Kollo on two brand new tracks – “Mind on the Road” & “No Galigali”.

“Mind On The Road” is an urban Pop Rock true to K’ore’s core message of the value of eternal life and how what we do now assures it or endangers it.

“No Galigali” is a Naija Pop song that re-echoes the Bible’s warning about Pride leading to a fall.

Both tracks produced by Kollo.

The video, directed by Carel Films talks about Love! And appreciation, the interpretation of this song was creatively interpreted in this video which seems to be one of more to come from the Multi-Talented Rap Minister Xwhite Williams! This video is visually stunning and creative.