The emergence of Nigerian Christian blogs have aided the growth of Gospel music tremendously. Prior to its emergence, gospel artistes existed in clusters, with one or two popping up at intervals and cutting across. Examples are Lara George, Sammie Okposo, Buchi, Midnight Crew and more. These ones beat the odds and stamped their faces in our minds even before the first Christian blog could publish its first article.

Notwithstanding, what we could not achieve in ten years, we have been able to do in 3-5 years because of these crop of new media (Yes, another name for online media is new media). There is actually a platform for the gospel and the online media have aided the growth of terrestrial media tremendously in that it is the first point of contact which the other media leverage. We have been able to form a chain of network readily available to serve the christian audience – an alternative to the perversion of its counterpart and strong enough to disseminate message and give a backbone to ministers and their ministry. Be it music, church, literature, event, and more.

However, a lot of gospel artistes have failed to acknowledge the importance of this media and have either been relegated to the background or have picked up pace slowly in a jet age.

The least an artiste can do for himself is to be social media savvy, at least, it has worked very well for some, so well that they can have a successful release just by posting a link on their social media accounts, but even then, the blogs still play the role of taking the release to the next level and we have seen numerous occasions where a song became major because of the power of these blogs. (Allow me to use “blogs” although most of these platforms have integrated online radio, TV, soft copy magazine and the likes).

It may cost you a token to put your material on some of these platforms as an artiste. Others may take your materials for free as long as you satisfy some conditions but I guarantee that you will pay less and enjoy more access if you paid more attention to presentation. Yes, online promotion depend largely on presentation because you are appealing to the sight before any other thing and this could be achieved in more ways than one. It can also be used to sustain an awareness campaign such that you draw maximum attention to your material, however, I will like to mention one of the most overlooked ways this can be achieved. 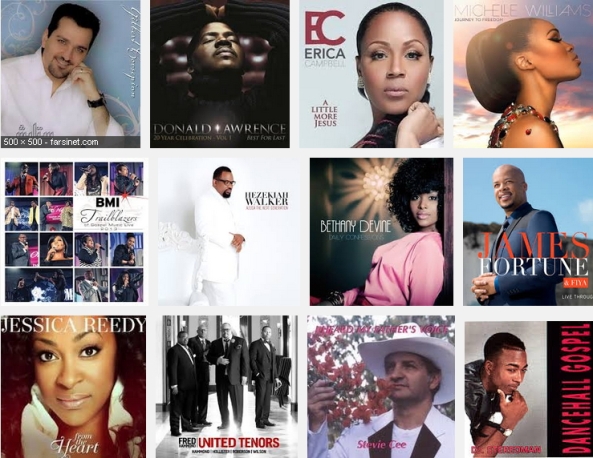 The artwork or album art is an illustration prepared for inclusion in a publication. According to the definition, the artwork is the graphic illustration of your material. In this case, music. It is an expression of the music and the saying goes, put your best foot out, therefore if you have made a great song, you also should be willing to give it a great expression. Often times, a lot of great songs have gone down the bloggers trash folder because of the artwork. Imagine having about 20 songs to attend to and the blogger switch to elimination mode. I don’t think the first form of elimination will be listening to the songs, rather, it will be discarding poor presskit. Now when a presskit is opened, nothing tells the story of the song like the artwork does, therefore the blogger goes for the artwork first – even before reading the press statement in most cases – especially when the artwork is displayed inline in the email.

The problem is that most Christian artistes undermine the importance of the artwork and do not take the making seriously – that is not to say I have not seen some artwork that have astounded me over the years… shoutout to Glowreeyah – the artwork for “God Alone” video still stands out as one of the best ever, Wole Oni‘s “Cover Me Lord”, Joepraize‘s “Introduction” DVD, Nosa‘s “Open Doors” and Ada‘s “So Fly” & “Lifted” album artworks too, amongst others. But for the most, Christian artistes have received a label because of the kind of artwork they produce for their music releases so much that it has become a turn off. I have advised some artistes pertaining to artwork but as soon as I recommend a graphic designer stating his price range, they take to their heels! Now tell me, if you will not invest in something you would use to add value to someone else life, where is the value you are adding? Can you give what you don’t have? Moreover, you took the pain to make a great song, why let something as simple as an artwork be the undoing of the song’s destiny?

Everyday, somewhere on a blogger’s table, great songs are going down the trash folder and it’s all because of bad artwork. It’s time we stepped up comrades! The harvest is still plenty!

I will like to talk about the press statement too but that is a topic for another day. Meanwhile, as an artiste, do you write your press releases yourself? Do you hire the help of a PR? Do you check what has been written before publication? Watchout! a lot of writeup have marred the good image of the artistes because of lazy writing and writers, unnecessary CAPITALISATION (hehe… for emphasis sake), using small letters for nouns (e.g name of a person, place, etc), bad spellings and social media IMs (e.g “@” instead of “at”, “U” instead of “You” etc) and more. 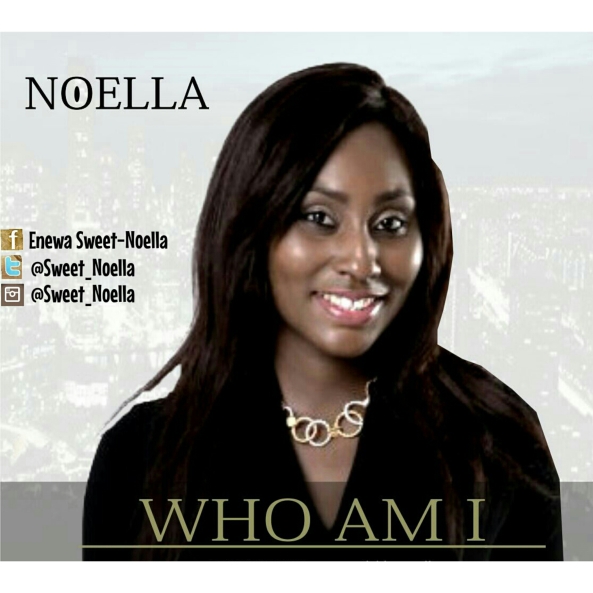 Noella, one of Nigeria’s fine minstrel, has just released the video for one of the most powerful songs heard in recent times titled ‘Who am I’ (Mortal man, Awesome God). The audio was first released in company of other songs in her maiden album titled ‘Wealthy Places’ in the month of August, 2013.

It’s a song with depth, and speaks of a love so true, so pure, and so divine. It is undoubtedly one of those songs received from the throne room of God and released through a heart sold out in worship of the most high God.

“I am thrilled to share with the world, the video for this song which has blessed countless lives since it’s audio release. I am a lady who has known pain, loss and sorrow in unspeakable ways and at such a young age. But God has not only brought me through the fire, he has saturated my life with outrageous joy! That joy spills into this video, and I must warn that it is highly contagious [smiles].

If there are any specified ways to begin the second half of the year, watching this video is certainly one!”Noella The video was directed by Romzy, and has Chris Morgan as the Executive Producer. It is available for viewing.

Pastor COURAGE is a Gospel recording artist, a great music producer, a voice coach, a music director and an anointed vessel of God. After he dropped the song and video “E NO BE MAN” that has blessed millions of lives and enjoyed so much airplay all over the world, he has come with another great tune that will not just bless you but also take away your sorrows and worries.

Favoured Me was produced by Pastor COURAGE himself under his own record label “COURAGEOUS RECORDS”… Download this great song and let it minister to your soul and spirit.

Comedian/ O.A.P on Wazobia FM and Wazobia TV, Babahkay who is known for his rib cracking jokes on stage teams up with Akpororo on a new single titled Baba u too much. The song was produced by the prolific Don Zennith.
You will surely enjoy this song. 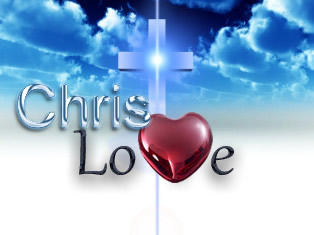 Olagbemi, Gbenga  Opeyemi (aka CHRISTLOVE) is a Nigerian Lagos based gospel  recording  artist, songwriter and  praise-worship singer  inspired by the Holy Ghost to do mighty things and lead souls to God’s throne.

He is coming out strong with an 8 Tracks debut album called; “CHRISTLOVE GENESIS”. 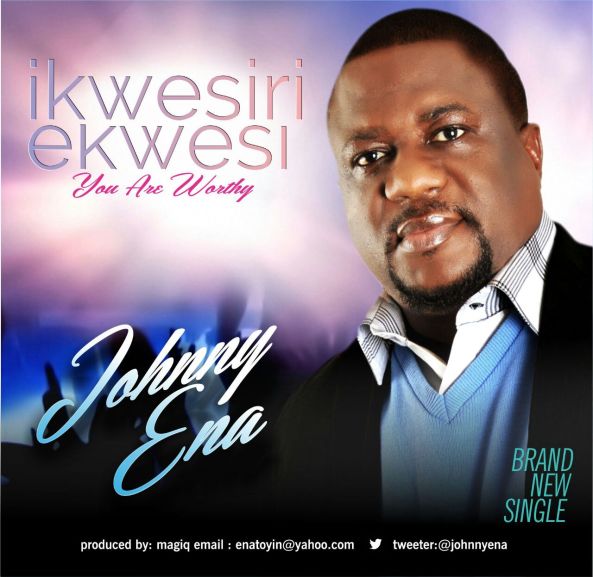 After years off the grid of active music, Johnny Ena is back with something to bless you and yours. Johnny Ena who has led massive choir ministrations is a one-time long serving world acclaimed Christian Union Choir music director as just one of his profiles.

Last year he released a song “You Reign Over All” which is fast becoming a choiced song in churches today. Johnny Ena has yet released another stunning single – “Ikwesire Kwesi” (You Are Worthy).

With more great and amazing songs coming through, this will lead you on to a world of worship & praise beyond just the music 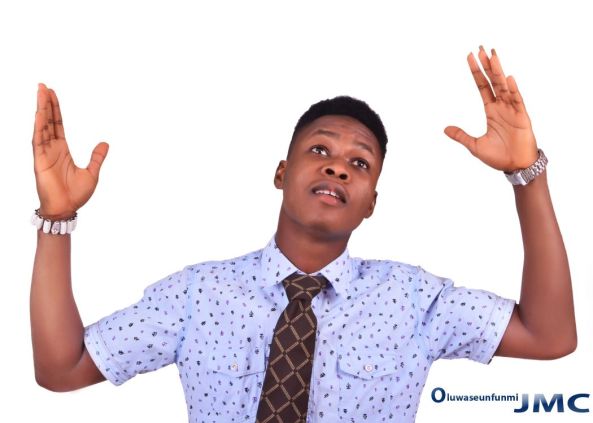 Oluwaseunfumi James aka Jesus My Comforter (JMC) is a fast-rising music minister who has always tapped into his special gift of music from an early age. He has often been told that he’s a great man of God in the making, and his greatest passion is winning souls for Christ.

A former secular artiste, JMC only found joy when he dumped worldly music for gospel, and ever since, there has been no turning back for him.

Here is his new single Titled “Omo lere Aiye.” (Child is the gain of this Life) Enjoy! 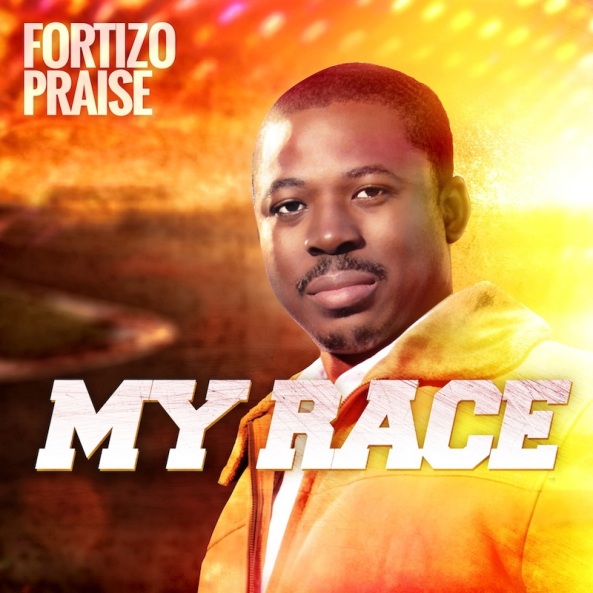 U.S. based gospel musicminister ‘FortizoPraise’,  releases another single titled ‘My Race’. This song was produced by ‘Michael Dada‘ a top music producer in New York, written and composed by the FortizoPraise.

FortizoPraise in his words said “I received the inspiration for the lyrics after a deep meditation, dawning on him that the music ministry is where God wants him to function in the body of Christ”.

He gives a special thanks to Chicago ‘Onos Brisibi’ who has been a strong mentor to him since he began to sing professionally in recent years even though he has been talented singer as a child.

His first single ‘Na You! Na You! ‘ released in May, 2015  is still trending on various musical platforms.

In anticipation of the release of her forthcoming album; Ola now drops another single titled “SURE PASS” featuring Mike Abdul.

The song was recorded as a dedication to God for the completion work of the album…
What a Sure God we serve! Him alone hold our Trust. Let celebrate His faithfulness all through and through.