C-GRACE is one of Nigeria’s fast rising Gospel Artists who just released her debut album titled GREAT GOD with the captivating hit track: CHUKWUEBUKA which has been a source of great blessings to many!

In the words of this Great Gospel art C-GRACE, “the song ‘You mean Everything(You mean the world)’ is a song of total worship with an expression of love and appreciation to JESUS as my ALL in ALL! When ALL- everyone and everything in our lives and world have walked away, failed or given up on us,God still stands by us. He never walks away, fails or gives up on us! 1 Corinthians 1:30 and many other verses in God’s holy and infallible Word confirms Jesus Christ who is of God as Our Redemption,  Righteousness, Wisdom, Comforter, Healer, Sanctification and much more! JESUS Christ is all we ever needed!” 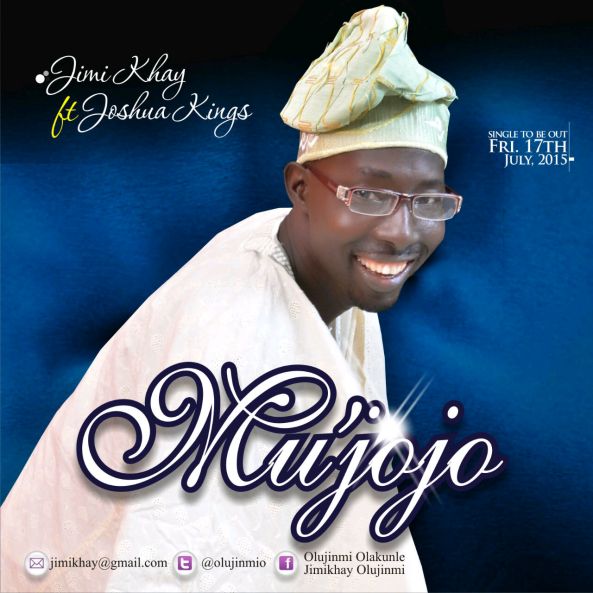 Long awaited from one of the pioneer member of the Popular Midnight Crew, Olujinmi Olakunle aka Jimi Khay, comes this great and sound piece
tiltled “MUJOJO”.

A product of Yaba College of Technology,Yabalagos also holds a BSc
Economics from Ambrose Alli University,Ekpoma. Despite his education,found special love in gospel music.

He was d first Vice President of Midnight Crew when they released their maiden album titled ‘Fussion’ 2003/2004. Jimi Khay has ministered alongside many artists both foreign and local.

He released his maiden album in 2012 titled ‘Outstanding’ and received an award for best gospel music video in 2014 organised by Kogi Gospelite Music Merit Award. On his latest single “Mujojo”a Song that will keep u dancing and rejoicing in the goodness of God towards you, here he featured @joshuakings6 who produced the song.

Jimi khay is married and blessed with children based in Lokoja, Kogi state capital.

Uloma Ojinmah, fondly known as ‘Oma’, is a singer-songwriter with a difference.

She is an accomplished accountant but took the bold step to commence on her debut album ‘Heavenly’ as a way to share her passion for God and music, and to bless the world with her special gift. As she says, “I was made for love. Love for my maker, love for life and love for humanity. That sums it up.”

Today, Oma brings you “SUPERHUMAN” ft. Mistarpush, of the amazing tracks on her debut album, as a FREE gift! The song is a reminder of who we are in Christ.