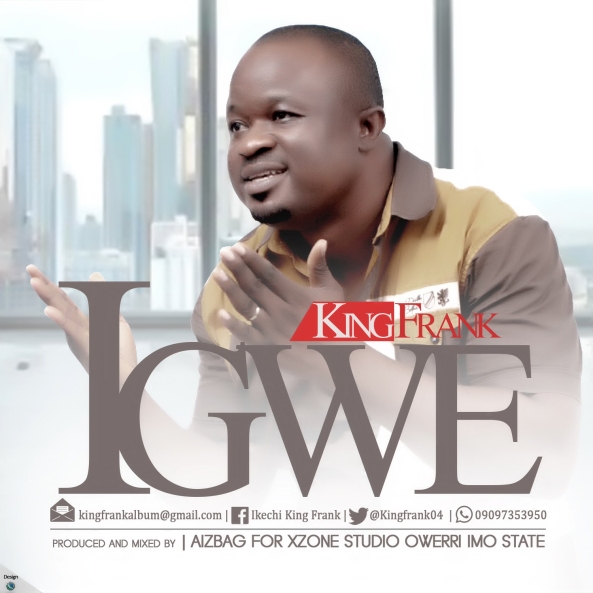 After the success of Papa God, we bring to you a lovely single from King Frank titled “Igwe” which means King. His latest album has varieties of songs to make all music lovers happy because all of his songs are all inspiring to keep your heart, body and soul together.

“Igwe” is a song of praises which that eulogies God.

King Frank is from Ahiazu Mbaise in Imo state. He is a civil Engineer by profession, married with five kids. He has been into music since 1996 .He released his first album titled “I Am Somebody” in 2014, King frank does secular music and different genre of music including Reggae, Afro music and zulezu music (Zulu).