“The universe is subject to one..God.
To whom all the kingdoms of this world answers and bows to because He is ‘Greater’ than all.
Every generation knows Him in a perculiar way..
To Abraham, He was a friend
To Moses, deliverer
To Elijah, He was ‘Fire🔥’
To John, He was ‘The Word’
To Paul He was ‘Perfection’
To Dorcas, He is ‘Greater than all’ – Halleluyah.

If God is any of these or more to you, then this new single release is for your heart and soul. “Let the earth rejoice for our God is greater than all”

Dorcas More O’Ferrall is an award winning Gospel Singer, who offers Multi dimensional praise and worship to her Heavenly Father. Known for celebrating and showcasing His greatness and power wherever she goes. 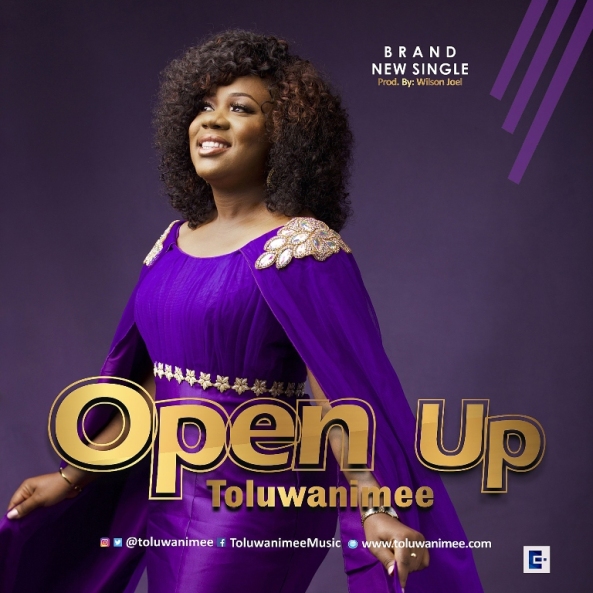 International Gospel music minister – Toluwanimee is back with a new single titled – ‘Open Up’ from her debut album titled – ‘Go Deeper’ scheduled for released in the first quarter of 2018; after the release of the worship anthem – ‘Ultimate Price’ earlier on in the year featuring Freke Umoh.

”If you are a people’s person you would totally relate. I got this song at a time when I got to my wits end and totally exhausted myself, a lot of things were going wrong at the same time.

People misunderstood me, relationships I had built over time were strained and I was in that place of solitude, and brokenness to God. Just fellowshipping and listening for some kind of reassurance the song came “I open up that you would fill me, let showers of rain of your refreshing fill my soul and every searching I open up.

Break down my walls; change my perspective, I open up. The song gave me life, it ministered to my spirit. I contacted Wilson Joel and after he worked on the song and built a structure.

You can also get ‘Open Up’ via any of the links below:

Anietie Bature is a singer, song writer, music director, blogger and career woman. She has an album to her credit which is still being widely received by Nigerians and people around the world.

Her call isn’t only to the music ministry but also to reach lives across the globe and affect them positively. One of the ways she does this is through her weekly publication of powerful and insightful articles that target improving quality of life from day to day. She pushes this on her website www.anietie.com

Her latest single – NO OTHER GOD – was inspired during a praise timeout back in 2016. ‘No Other God’ is an afro rock blend laced with rich instrumentation and solid vocals. Simply put, this is a wonderful song to enter into the presence of God with.

‘No Other God’ was produced by Star Studios.