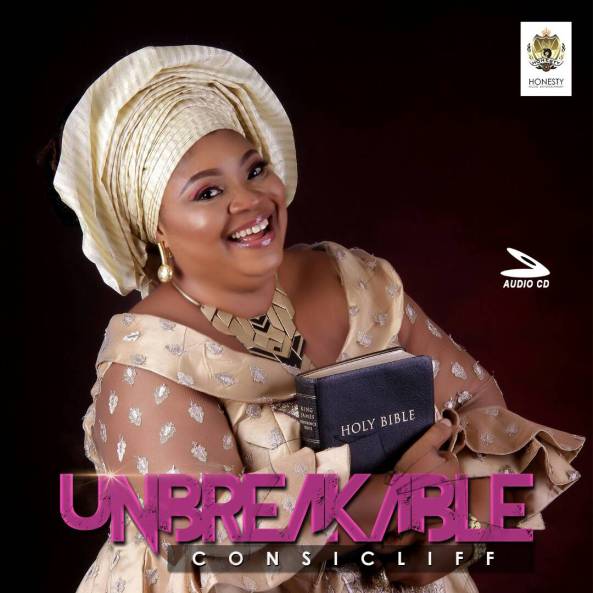 The much Anticipated Album “UNBREAKABLE” is an album of songs by Consicliff. It is now available and on sale at record stores nationwide. This Album contains amongst many, her hit Single “kilo le se” so you need to go get a copy.

Consicliff is a music minister/singer Gospel Artist, song writer, performer and a Nollywood Actress. Her previous single “Kilo le se” was released in 2017 and available for download.

UNBREAKABLE is an album that consists of 11 powerful tracks of praise, worship and ministration songs. Each song is fully anointed and inspired by The unbreakable word of God hence the title UNBREAKABLE. It is a collection of anointed songs that is capable of changing lives because of its foundation and root- God’s unbreakable word.

The album “UNBREAKABLE” is available on music stores nationwide. Get a copy now.