This Fresh move by Abiodun SAGE is devoted to getting every Christian from all denominations as well as Non-Christian in having an encounter with the almighty God through a LIVE Worship Experience.

The tune which serves as her first release for the year echoes through the supremacy of our God who’s sovereignty can’t be contented.

From the lyrical beam to the enclassed production which furthermore, reverbs the spiritual agility of the sound to perfect the acceptability of this masterpiece.

As her style has always been, the North Carolina based act Minister Blessing Akachukwu left no part unturned as she serves us yet another of her unique delivery in ‘Lion Of  Judah’.

Listen to this wonderful tune spontaneously produced by Nigeria’s best ‘Tobass Adolphus’ for your delight.

Gideon Chinemerem Dickson popularly known as Chaisong; a singer, songwriter, music arranger, music director, recording and performing artist, is out with a new single titled “He is Risen”. He is a Nigerian and hails from the eastern part of Nigeria, Abia state.

Chaisong is a passionate lover of Christ, who started singing at a very young age. He has by the Grace of God been ministering professionally for more than a decade. Within this time he has been able to share ministry experience with some of the great worshippers like Samsong, Eben, Chioma Jesus, Mercy Chinwo, Preye Odede, Afy Douglas and lots more and part of his experience is being a part of the world biggest music concert “The Experience”.

This project “He is Risen”, celebrates the risen Christ and the power of His Resurrection. “As the stone was rolled away, so our burdens have been rolled away”.

This song is a warm reminder that our redeemer lives forever.
M-Chords, produced this single; “He is Risen”.

See his live performance at House On The Rock – PortHarcourt below; 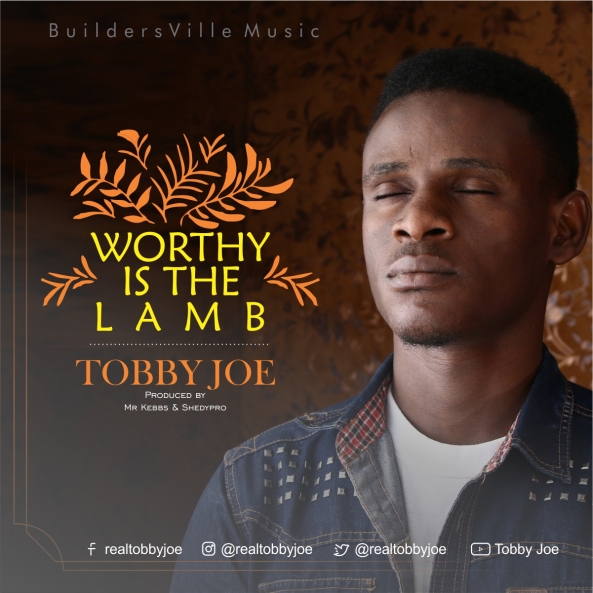 Gospel music minister Tobby Joe releases a new single “Worthy is the Lamb” as a follow up to his last single “I will praise you“, which was well received by lovers of God and his worship.

“Worthy is the Lamb” has been described summarily as a sound that brings one into the very throne room of God as it soothes the spirit of the listener and makes him hunger and thirst for everything God.

The new studio album titled “OGO DE” by music minister Biyi Samuel is out. The new album is available online and at local stores!

Over the years, Biyi Samuel has proved himself to be an outstanding singer, songwriter and music personality with his unique music style and powerful vocal delivery. From the days of ‘IGI ARUWE‘, his first viral song, the Ogun state born singer has released different soul-lifting songs of different genre. His special vocal and pitch delivery makes his voice his unique identification symbol. Biyi has featured on several songs, and each time he brings ‘Life’ into the content.

Having released several albums that we can always connect to, Biyi Samuel is presenting to us another fresh album with a household title, and he calls this ‘OGO DE‘.

The new album is available on Boomplay, Amazon, iTunes, Spotify and all Digital music stores.

“It’s been a journey really. A journey with many doubts and fears, sometimes not knowing what might happen at the next juncture of life. A career with so much depth and Uniqueness. But then laden with so many troubles, envy, hate and love. I have heard many say that ‘He only has a good voice, He is only unique’. Some even said ‘He is truly legendary, but he’s not a commercial success’. One of my colleagues in the industry once said to me that she will be going into my archive to dig out songs that I never explored, I laughed but then I wept. It was mixed feelings for me.

And I eventually asked the Giver of my talent when is it going to be??? When is it going to happen??? As I was really tired of smiling and suffering. Then dramatically OGO DE walked in quietly, and on the inside of me, I felt a new me has arrived. The atmosphere began to change gradually. And I couldn’t but began to blend in with my newness. It was a different atmosphere in the real sense of it. It wasn’t the caricature of a new beginning, It was so clear. Despite my shortcomings and imperfections before my Creator, I began to feel I’m the next in line for a global announcement. OGO DE!!! Psalm 3 settled my case.”