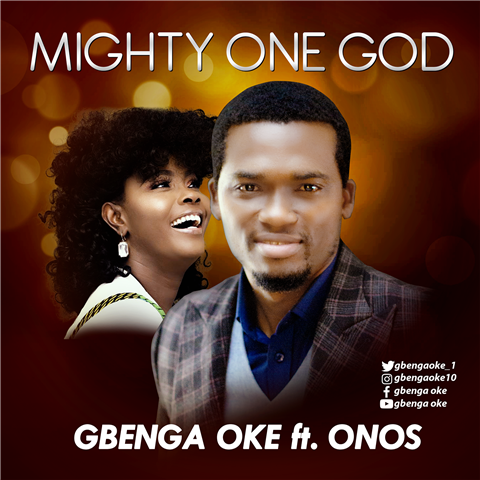 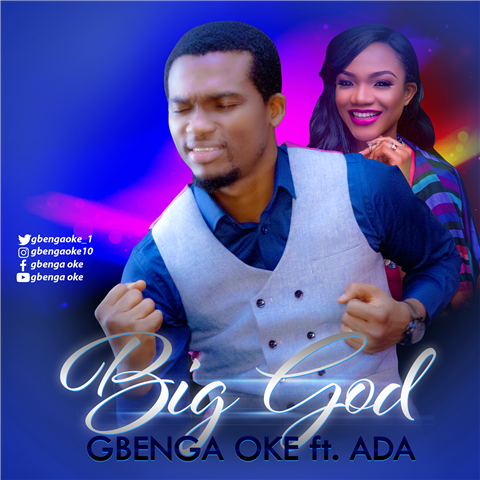 These two songs are anointed and you have them all for free. One is a video and the other an audio. Start worshipping in your car, homes, at work and everywhere because our God is a big God and He can do the impossible.

Ada the “Only you” crooner stats up the year with a unique tune titled “In your name” which is gradually gaining recognition far and near.

The official new video by Ada – Only You Jesus finally drops after days of anticipation!

“Only You Jesus”, (the Audio) released with “I Testify” in a double release on the 11th of August, 2015 as a bonus track is fast becoming one of the most sang worship song by worship leaders, choirs and body of Christ today; spreading from Nigeria to the rest of Africa and other parts of the world with a supernatural momentum

Currently in the studio working on her new project to be released this year, Ada would love to bless you with the official video of “Only You Jesus”.

Ada will love to thank you for your immense support and celebrating Jesus.

FreeNation INC. presents the anticipated double release by Ada.  A timely message,  reassurance and the declaration of the expected manifestation,  “Yahweh (You Are Able)” and “Cheta” are gifts to the world.

Both songs are intense, heartfelt praise to the living God. “Yahweh” is a Pop/Rock single while “Cheta” – which means ‘Remember’ – is soft, Ada uses dialect to create imagery, amplifying the theme of the song that God is an ever present help.

“Yahweh” & “Cheta” were produced by Mayo.

Now the much awaited song is here!!! “BEYOND WORDS (Kololo)” by Buchi feat. ADA is here.

In Buchi’s words “If any one day of the year qualifies as Lover’s day, it should be ‘Good Friday’. That is the day that Ultimate Love was displayed. This is why I have chosen that day to share this Love song for my Lover… The Ultimate Lover!”.

FreeNation INC presents the visual for the phenomenal single “iTestify” by Ada. Rapidly garnering more listenership on a globajl scale and without a doubt one of the best releases of 2015, “iTestify” is not only a hit because of the instant gratification it delivers in terms of expertise but also, as a result of the overwhelming spiritual deposit.

Ada left no one out in her depiction as the video resonates with all categories of people. She celebrates with friends, fans, loved ones, using clips & symbolism as representation of various situations that anyone out there could find himself presently. She amplifies the miracle in the situation; hence, giving a reason to testify.

Directed by Carel Films, “iTestify” is Ada’s first release for 2016. It comes with the launch of her new website – AdaEhi.com – and shortly after her deal with Techno Mobile for her materials on the Techno Boom player. The video has cameo appearances by revered Gospel music ministers such as Sinach, Frank Edwards, Joepraize, Ayo Vincent, Kelly Lyon and many more.

Join Ada as she further publishes the name of Jesus, testifying that He is still alive and is still doing countless miracles everyday.

Following her previous releases of the year closely, FreeNation INC has premiered new materials for Ada – “iTestify” and a bonus track, “Only You Jesus”.

Being the month of Testimony, as declared by God through the mouth of Pastor Chris Oyakhilome, Ada has put together the beautiful piece “iTestify” reinforcing the declaration according to the word of God we ‘overcame by the blood of the Lamb and the word of our testimony’ (Rev 12:11). Beautiful mid-tempo piece laced with elements of alternative rock and local percussions.

The bonus track, “Only You Jesus” was born out of popular demand after the release of the video last month. Ada decided to work on its audio and the outcome has surpassed the wildest expectations.

​
Loveworld Music & Art Ministry in collaboration with FreeNation INC and Loveworld Plus Production present Ada, live in “Only You Jesus”, an excerpt from “Ada Live in Concert”.
Shot on location at the Loveworld Plus studio with a unique intimate set, Ada enjoins fans, friends and family all over the world to come on the worship journey as she and the live audience declare the sovereignty of The Lord Jesus, the answer to every situation.

This comes few weeks after the release of the smash hit – “Bobo Me” (Remix). It is the first from many videos the ACTV and Innercity Goodwill ambassador will be releasing this season.

​Ada makes history again! What started off as another day in the studio turned out to be a milestone for FreeNation Inc. and Ada’s music career as she presents the remix of the epitomic “Bobe Me”.

“Bobo Me”, which is part of the singles on Ada’s Double CD sophomore album, was released in 2012 and was complemented with visuals. The song garnered close to 3000 downloads in its first hours of released and went on to become one of Ada’s most popular releases of all times.

Ada performed the remix at a private concert earlier in June and had Victor Ike join her on stage. The song caught on instantly with wide acceptance by the audience and more so was Victor Ike’s chants of reference towards the end of the song which became the highlight.

Commenting on the chant, Ada said;

“Victor Ike’s chant on “Bobe Me (remix)” happens to be names of men of God who have sown the greatest asset we have in our lives – the word of God – into us. We are better product of the ministry because of those names and for this we celebrate them. You can also celebrate yours as you sing along.”

The remix was produced by Kelly Lyon who also produced the original version.

Have you seen some billboards on the streets of Lagos with the face of Gospel music sensation Ada on it and thought you saw wrong? Well, you didn’t! The FreeNation flagship artiste has signed an ambassadorship/ Face of Brand deal with Nigerian -owned multi-media company African Cable Television (ACTV).

ACTV is a Direct to home pay TV service that was incorporated in 2013 and launched its services to the viewing public in November 2014. It offers subscription bundle programming tailored to meet individual preferences.

Ada who is excited about the deal and has already commenced work featuring on billboards and other prints has called on friends and fans to take advantage of the ACTV promotional package that offers the ACTV decoder and 3 months subscription for N10, 000. You can visit http://www.actv.tv for more information.

Ada has got a lot in the pipeline for 2015. She recently returned from a casual tour of the United States performing at difference locations and she is already working on her new videos. Also, the TV show which she was signed up to co-host with other personalities will also be taken a lift soon.

Commenting on her deal, Ada said;

“It’s amazing how far the Lord can take you if you are willing and obedient. This is a step in the right direction for the budding Gospel music industry. I am excited about the development and it is a pointer for the good things to come for Ada and the industry at large.”

Congrats to the FreeNation first lady! See few shots from the ACTV photo shoot with Ada below.