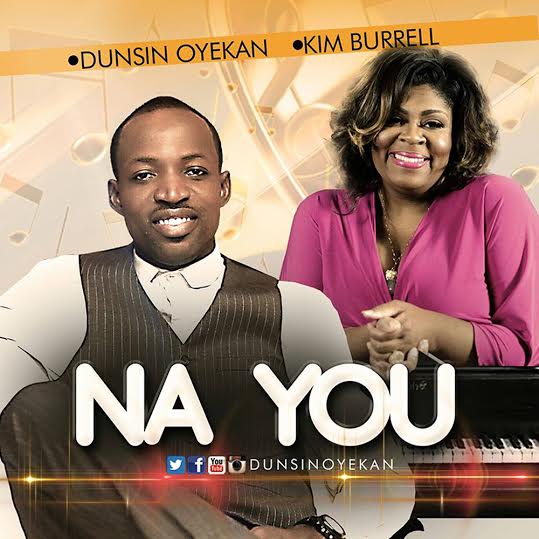 Borne out of a music genre called the good spell, #NaYou is a spirited song whose instrumentals are pure and professionally performed to note. every bit of the song is a deliberate production that was carefully rehearsed in order to create meaningful companionship with the lyrics-of-all-time at “informed gratitude”. #NaYou is not overly digitized and the profound words are timeless, evoking a sensation of concentration and thoughtfulness when it is being sung. What are we going to say about the Dynamite in Kim’s vocal output? her electrifying projection of the verses of #NaYou establishes a connection between heaven and earth. It is just top notch!

The song writer and author in his Lead role starts out poetically with the song and in his typical attribute of brilliance and control, sets out the song interplay between himself and Kim. The duo then did justice to the music with such dynamism that audiences can feel parts of Funk,Jazz,Reggae, Soul, Blues and Classic elements of music in their delivery. Imagine that!

The synopsis therefore is that hardwork, brilliance and the best of resources have been put into this song so that God will continually be Glorified as people open their mouths to sing it all over the world and they in turn will see Him tabernacle with them.

Have you caught God’s attention lately in a unique way? #NaYou offers the platform to have Haven smile at you when you sing the richly concocted song to minister to God

The dynamic, instantly recognizable and captivating voice of Kim Burrell is undeniably one of the most powerful voices in music today. USA TODAY declares, “Nobody stretches a melody like gospel singer Burrell” and The San Francisco Chronicle says,” Burrell’s improvisational style, studied by vocalists of various genres, is filled with jazz phrasing and limber riffs, subtle pleasures from a woman who has nothing to prove.”

Kim Burrell’s unrivaled instrument, impeccable musicianship and ability to tap into the human experience and emotion, has made her a favorite across genre and within the musician community. The Grammy-Award nominated and Stellar Award winning singer has collaborated with artists as diverse as Harry Connick Jr. and funk-master George Clinton. In the middle, there’s R. Kelly, Stevie Wonder and Gospel’s First Lady, Shirley Caesar.

Donnie McClurkin has said “There’s nobody greater” while Whitney Houston once declared Burrell to be “One of the greatest voices of our time.” It is clear why Ms. Burrell is everybody’s favorite mentor on BET’s “Sunday Best.” It is also no wonder why this year’s Essence Festival has chosen to honor the incomparable Pastor Burrell.

August 21, 2015 Kim Burrell will release her highly anticipated Shanachie Entertainment CD From A Different Place).” Listen to her single ‘Thank You Jesus’ below: