Oritsejafor in Itsekiri, a Nigerian language means “The Lord Gives Utterance”; Put this song on replay and make these declarations your new daily anthem.

Meanwhile, Mike Abdul’s fourth studio recording album of 20 tracks “Iro Halleluyah” which is his latest, is still making massive airplay especially among lovers of Gospel music and in general.

Oritsejafor by Mike Abdul featuring A’dam is produced by Willz.

GET ON DIGITAL STORES

Celebrating God’s faithfulness,  Cyrus Richie taps into his African root for this groovy mid-tempo with Afropop/Highlife influences, creating the mood for a light dance. The soul-lifting track features Stella, a Nigerian gospel singer, and vocalist based in Germany.

According to Cyrus, ‘Miracle God’ is a song of prayer and testimony of God’s steadfast love in his life over the years. He also added that it is an encouragement to someone to keep their faith and hope in God.

“This song was conceived a few years ago during a trying time in my life. Right from moving into the country newly, to living in a store-house for months, coupled with other challenges, God’s faithfulness remained consistent and steadfast,” said Richie

“God reminded me of how faithful He’s been through the years, with a re-assurance that if He did it before, He will do it again” He Adds “I trusted Him and everything changed.”

‘Miracle God’ is also Cyrus’ special gift to everyone as he commemorates his birthday (June 28). It’s his second effort this year following “Bow and Worship,” a worship ballad featuring Kalusian which dropped in January.

Cyrus Richie has hinted at working on a new music video due in later this year and announced his debut album coming in 2021.

Produced by Tope Ajayi. “Miracle God” is available to stream and download on all digital platforms including iTunes, Spotify, and Boomplay! 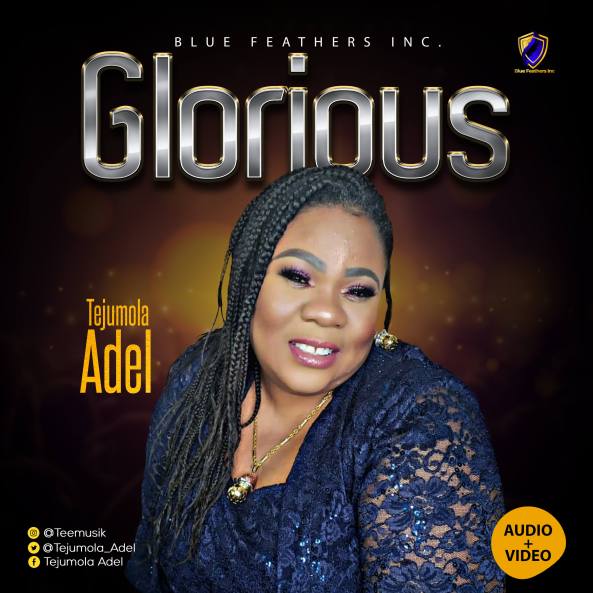 The new sound, GLORIOUS by US-based Nigeria Gospel songstress, Minister Tejumola Adel offers up a point of redeemed consciousness as God’s wonderful nature is unveiled to us as believers who enjoys the benefits of His salvaging power.
Tejumola Adel portrays her emphasis on God’s endowment of virtue, as a Glorious and Sovereign God who sits in the heavens as the eternal King and in the earth, as the King of all kings.
With her soothing voice, the praise tune ridicules the failed-accolades of the devil as she sounds the victory confession to God who salvages all that approaches Him in total surrender.
Get your arms stretched in appreciation as we praise the Glorious God.
The new song is coming through after the video premiere of ‘Alagbada Ina’, GLORIOUS too aren’t gonna be any less your favourite as it enjoyed the masterpiece production from the amazing Sam Odezi. Download, Listen, and share!
DOWNLOAD AUDIO
Watch Video below
Lyrics: Glorious.  Tejumola Adel.

Maranda is a superwoman who truly has her plate full: wife, mother, singer, songwriter, producer, author and entrepreneur. She is a woman determined to make a difference in the world to impact lives for time and eternity. Known for her powerful lyrics, soulful tone and passionate performances, this wife of 27 years and mother of 8 children allows the Holy Spirit to sing in and through her to change lives one note at a time. To learn more visit marandaforney.com

Music minstrel and songwriter Sarah Anthony is out with a brand New Single “Fire” A powerful song of worship delivered with great vocal dexterity. This song will definitely move you to worship. The song was produced by Oc-Mix.

Sarah a professional back up singer who has done background vocals for several Artistes, started her music career with the Faith Dynamite Voices of the Foundation Faith Church, Port-Harcourt at age 15. Having been influenced by the likes of Vicki Yohe, Juanita Bynum, and Cece Winans.

She believes music (worship) should be a lifestyle which she strives to live daily by the grace of God. Her love for Ministry and music has propelled her to strive towards excellence in her career. With a distinct and captivating voice that stirs the Spirit and causes men to instantly worship God, she desires that her spirit-filled songs will touch the lives of countless listeners/audiences throughout Nigeria and the world at large.

Multiple-award winning Gospel artiste – Anu Music (The Billionaire Gospel Artist) is pleased to announce the release of a new single – ‘Without Your Touch’.

The single – ‘Without Your Touch’ is listed as song number eight (8) on her soon-to-be released debut album project titled – ‘You Never Fail’.  The single is both a Psalm and love song in appreciation of God’s eternal faithfulness and loving-kindness.

‘Without Your Touch’ was inspired when Anu Music went through the throes of pain and life issues.

Recounting the inspiration behind ‘Without Your Touch’, she shared:

”’I desperately needed help beyond what man can offer, in due season and beyond what I could ask or think; but God came through faithfully and in style.”

Shade Kings Oyewusi‘s lyric video for her latest single “Praise Medley” is out.

Be blessed as you sing and praise along with the lyrics.

Exceptional songwriter and powerhouse vocalist Wura Grant comes with a sound from heaven. “He is Worthy”– the new single by the US based Nigerian singer – was given after a divine encounter where she was mandated to take the sound to all the earth.

Wura Grant’s new single “He is Worthy” touches on the homorhythmic tone associated with hymns. In this single you can hear strings, piano chords and intermittent chimes in solemn worship expressed with intensity and sincerity.

“Late January of 2017, while resting during the day, I drifted off to sleep.” Wura Narrated. “In a trance, I was surrounded by thousands of angels all standing at attention and singing the most beautiful song into a very bright light with the image of a Man behind it. The light was so bright I could not look into it. The angels were singing ‘make a joyful noise to the Lord all the earth for He is worthy’. This song had the most beautiful harmonies I have ever heard.

“My guide was a 12-foot tall angel. I was astonished by his height, and all the angels had on pure white robes, singing this song into the light.

“I pleaded with the angel to let me remain, but he said I must return to the earth and sing this song as I have heard it all over the world. Immediately, I started spiraling down back to earth which was like a small blue ball and I woke up in my bed.

“Heaven is a beautiful place and the worship is so intentional towards the Creator. Please accept Christ as your personal Lord and Savior so that we may all make it into heaven, the most beautiful place I have ever seen.

“My husband, who produced this song, interpreted it to the best of his ability, but it can never be compared to the true sound with thousands of angelic voices, singing in harmonies unheard of.

“I pray this song blesses your heart and bring restoration to your life.”

Wura Grant is one of the most outstanding worship singers the Gospel music industry has produced. In 2015, she released her debut single, a stunning ballad called “There is a Name”. As a follow up, she recently released her album “Peace in the Midst” which consists of songs inspired by the Holy Spirit. All songs are available on iTunes and other digital retailers.

She has ministered on WATC-TV in Atlanta, GA, TBN (Trinity Broadcasting Network), CornerStone Network and other television networks in the United States. She also ministered alongside international Gospel music icon Ron Kelony at the JCCI N.A Convention.

Her latest single “He is Worthy” produced by David Grant (her husband) also has a complementing lyric video.