Nigerian gospel music artist based in India Joy Fak who’s also known as the African Asian Gospel queen has a new song for fans and lovers of good music.

This new song is a medley containing her original song “I Believe In Miracles” alongside other amazing songs rendered live.
The song and the ambience surrounding it will give you a feel of good music while passing the message of God being able to do the miraculous if only we can believe and trust him.
Follow the below to stream this amazing medley which is available on all digital stores and also watch the beautiful video which came alongside the audiz
https://youtu.be/KwcIHy3F9M8 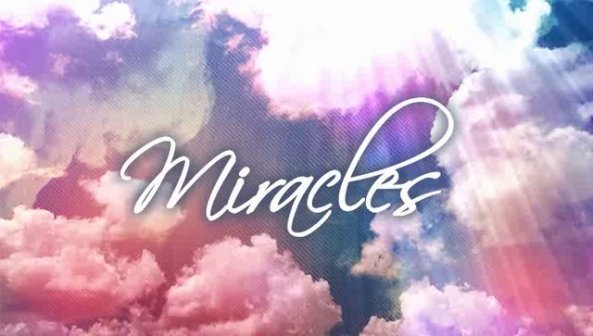 One of the least-understood and, thus, overused words in American culture is “miracle.” We use it when describing events that are unexpected or surprising, such as the “Miracle on Ice,” referring to the 1980 U.S. triumph over the USSR in ice hockey. Or, closer to my heart, “The Miracle Mets,” who won the 1969 World Series.
Then there’s Marianne Williamson’s “Course of Miracles,” which is little more than magical new-age thinking—and of course its Christian counterpart, the “name-it-and-claim-it” theology.
These misuses of the word “miracle” have cheapened its value and made it increasingly difficult to recognize the genuine articles and, more importantly, to understand their significance in our lives and the lives of others.
Now, the flip-side of this glib use of the word is the categorical rejection of the idea of miracles. This rejection was neatly summed up by Adam Gopnik of the New Yorker in an article about faith and belief in which he wrote, “We know that . . . in the billions of years of the universe’s existence, there is no evidence of a single miraculous intercession [sic] with the laws of nature.”
This extraordinary statement was as much as statement of faith as the Apostles Creed. It is made possible by a worldview that dismisses outright any likelihood of anything beyond the material world of time and space.
Well, my latest book, “Miracles: What They Are, Why They Happen, and How They Can Change Your Life,” represents my attempt to correct both these errors—and, let’s be plain, that’s what they are—and to help Christians and non-Christians alike to understand what Christians mean—or at least should mean—when they use the world “miracle.”
For me, a miracle is when something outside time and space—which is to say outside the material, natural world—enters time and space, whether just to wink at us or to poke at us briefly, or to come in and dwell among us for three decades.
Think of the Gospel of John, which refers to Jesus’ miracles—turning water into wine, feeding the 5,000, and the raising of Lazarus from the dead—as “signs.” They are called “signs”—sémeion in Greek—because they point, like all signs, to something beyond themselves.  In this case to a larger, unseen, reality.  They don’t compel faith. Instead, they are reminders that the world as we perceive it and wish it to be is not all there is.
A case in point is our very existence. As I discuss in the book, the more you know how fine-tuned the universe is, the more utterly miraculous our very existence seems. The minutest variations in the force of gravity, in the strong and weak nuclear forces, would render our existence impossible.
But of course, not all miracles are on a cosmic scale—which is what the first half of the book is about. In the second half I tell stories of miraculous interventions in the lives of people I know personally. I hope you are as awestruck and thrilled by reading what God has done in their lives as I was learning and then writing about their stories.
Folks, there is more to, well, everything, than we perceive—and dismissing this idea requires just as much faith as embracing it. My prayer is that the book will not only encourage and fortify believers, but that it will open—even ever so slightly—the eyes and minds of skeptics to the possibility of the miraculous.
My new book, Miracles, does not release until next week. But we do have the book available for pre-order at BreakPoint.org today. And my colleagues at BreakPoint will send an autographed copy to the first 100 folks to respond. So please go to the website for details.
Eric Metaxas is a co-host of BreakPoint Radio and a best-selling author whose biographies, children’s books, and popular apologetics have been translated into more than a dozen languages.