Doesn’t matter what the situation could be, He has the final word!
Don’t let your heart waver in doubt, hold fast to His Word for you, and declare it; ‘Jesus has the final Word in my life!’
Stream, download and share this song to everyone around you.

The Head of PR for Gosgem Concepts, Mr. Eric, explained that with the undeniable rise in the curation of Gospel Music content across global platforms from Africa, Gosgem seeks to consolidate and expand this growth by bridging the gap between the content creators (Artists) and stakeholders in the industry, and creating a network of resourceful mentors across the globe.

Organizing this Symposium on the backdrop of Sinach’s Live in Concert March 30th, Eric Anthony highlights Sinach’s achievements as phenomenal and worthy of study, as she is the first Nigerian Gospel singer to cross the 100 Million views mark on a single track on YouTube, 3rd Artist in Nigeria, and just recently overtook Yemi Alade’s Johnny to clinch the title of most watched female artist video on YouTube.

Holding at The Wheatbaker Hotel, the Symposium is for all aspiring and established artists, labels, Artist managers, brand managers, and interested members of the public.

Recorded live in South Africa, Worship leader/Song writer SINACH celebrates the goodness of God in whom there is no darkness. Experience God’s presence with the audience as they lift up their voices to God in worship.

Here is a new single from Sinach titled “No One Knows.” The song comes to boost awareness of her South African tour in Johannesburg, which comes up on the 19th of August, 2016. For more info visit her website on sinach.org

Sinach releases her official Video for her hit popular praise song *I know who I am *directed by Carel films is finally out.. This is one of the first if not only video of Sinach which isnt a live video recording and its just wonderful. 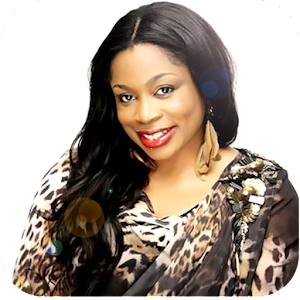 This obviously isn’t the best of time for members of Christ Embassy church both in Nigeria and abroad as the messy divorce between their General Oversea, Pastor Chris Oyakhilome and wife, Anita keeps getting dramatic and messier by the day.

However the untold story behind the divorce is what you may not have heard before. According to one of the aggrieved workers (Ex-worker) of Oyakhilome’s Christ Embassy Church at the Oregun branch Parish who spoke with PorscheClassy Media on the condition of anonymity, it was the cleric’s alleged unholy romance with Sinach, a female Gospel singer with the Church that crashed his marriage.

“Pastor Chris’ wife had been unhappy with his rumoured affair with Sinach alongside other issues, while she was away running the affair of the Church abroad.

In a bid to cover up his romance with sister Sinach, Pastor (As they call Oyakhilome) quickly signed her to the “Love World” record label and included her name among his travelling crew, he said.

Report says that automatically gave her the opportunity of travelling far and wide with Pastor’s entourage. Among other sisters in the Church, the manner in which Sinach got favoured by Pastor was what fuelled their romance rumour.

Although Pastor Anita in her claims mentioned adultery amongst other things as the reason she’s filing the divorce suit, one would beg to want to believe that the until Sinach finally got married to her heartthrob, Pastor Joseph, who is a senior Pastor with Christ Embassy; she was often seen in the company Pastor Chris. She travels with him everywhere he goes.

Continuing, the former Christ Embassy pastor went further to say “See my brother, please don’t quote me oh but am telling you this in confidence….Pastor Chris got Sinach impregnated and sent her to London for abortion sometimes ago. I wouldn’t want to give you further details cause obviously the story might be traced to me”.

While our correspondent pleaded with Pastor M (not real name) to give us more details, he said ‘All i can tell you is this: Don’t u wonder why a man of God will have single and hot looking ladies live with him in White house”…..What are they doing there?…..They are not even thinking or planning to get married”.

When our reporter tried to question Pastor M again about how easy it is for Pastor Chris to live alone with the girls and possibly not get tempted based on his supposed high level of spirituality, he replied thus : You’re so funny or are you trying to get words out of me….Anyway, if a man lives alone and he’s surrounded by cute and fresh girls, what do u expect….My brother, Pastor Chris is a man of God and not God of Man oh’ he said.

Meanwhile, a new report says Pastor Chris has denied the adultery allegations levelled against him by his wife and has even threatened to sue any journalist who writes about this again.